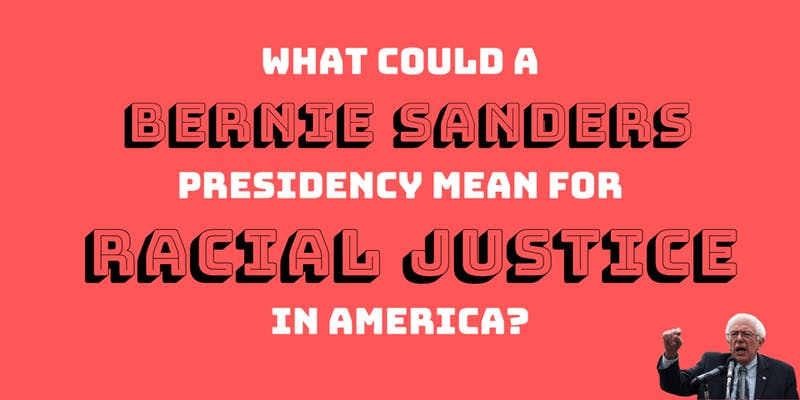 Bernie Sanders has pledged, "We will go to war against white nationalism and racism in every aspect of our lives." What kind of fight must be waged to end economic inequality, mass incarceration, environmental racism, criminalization of our border — to win racial justice in the United States? What role could a Sanders administration play?

DSA for Bernie is hosting a party to watch parts of a conversation with Jacobin columnist Keeanga-Yamahtta Taylor and Bernie Sanders national press secretary Briahna Joy Gray on the topic of Bernie and racial justice, with comment and discussion with the folks attending.

Briahna Joy Gray is the National Press Secretary for the Bernie Sanders 2020 campaign. She is was a contributing editor at Current Affairs and Senior Politics Editor at The Intercept.

Keeanga-Yamahtta Taylor is a Jacobin columnist and an assistant professor in Princeton University's Department of African American Studies. She is the author of From #BlackLivesMatter to Black Liberation and the forthcoming Race for Profit: How Banks and the Real Estate Industry Undermined Black Homeownership.

Will you attend? Let us know!