Events » Silvia Federici: Witches, The Commons, Reclaiming the Body and Discovering Our Power

Silvia Federici: Witches, The Commons, Reclaiming the Body and Discovering Our Power 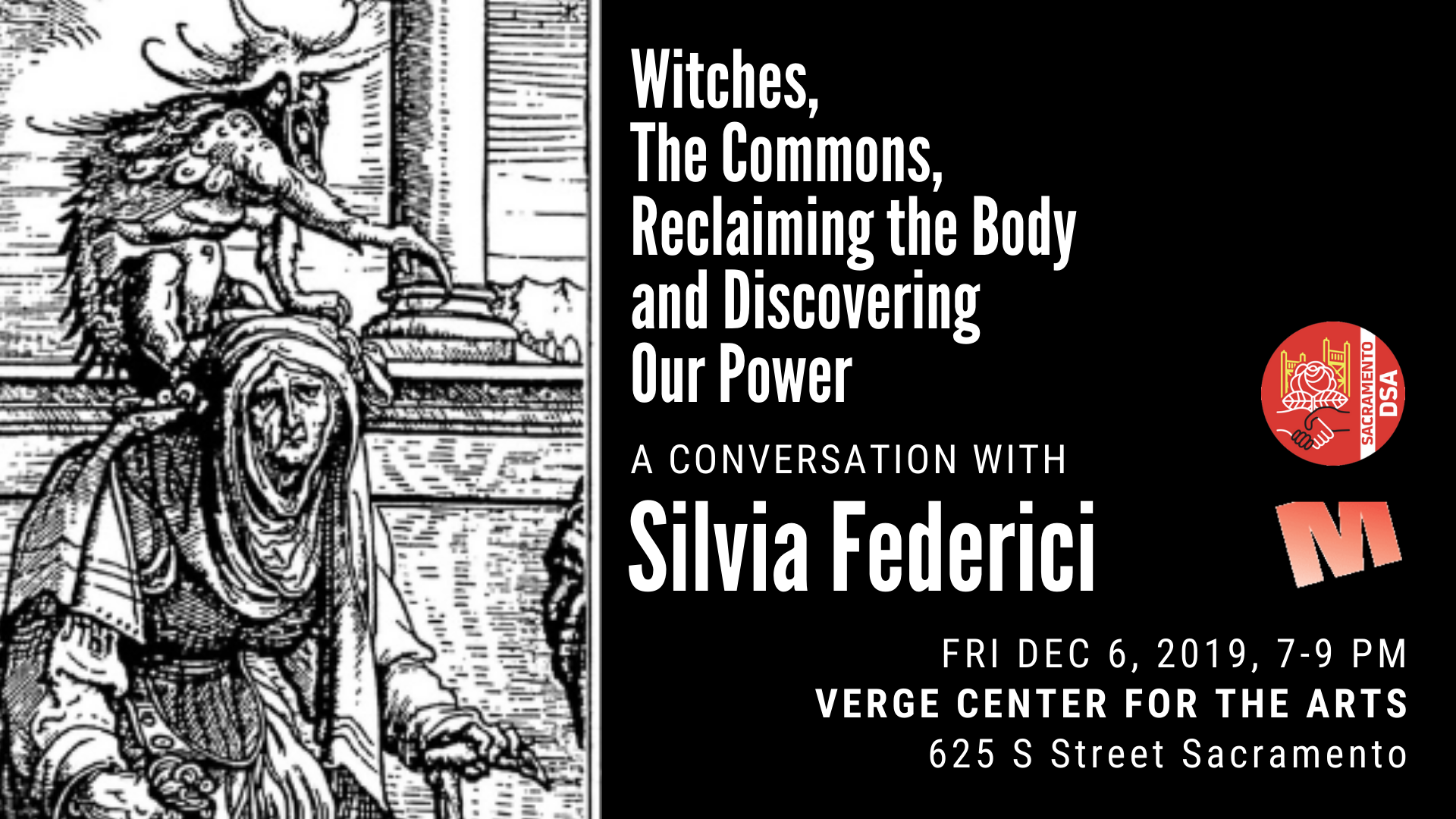 Sacramento Democratic Socialists of America and the Marxist School of Sacramento are pleased to present an evening with author and activist Silvia Federici speaking on Witches, The Commons, Reclaiming the Body and Discovering Our Power.

Silvia Federici is a feminist activist, writer, and a teacher. In 1972 she was one of the cofounders of the International Feminist Collective, the organization that launched the Wages For Housework campaign internationally. In the 1990s, after a period of teaching and research in Nigeria, she was active in the anti-globalization movement and the U.S. anti–death penalty movement. She is one of the co-founders of the Committee for Academic Freedom in Africa, an organization dedicated to generating support for the struggles of students and teachers in Africa against the structural adjustment of African economies and educational systems. From 1987 to 2005 she taught international studies, women studies, and political philosophy courses at Hofstra University in Hempstead, NY. All through these years she has written books and essays on philosophy and feminist theory, women’s history, education and culture, and more recently the worldwide struggle against capitalist globalization and for a feminist reconstruction of the commons. Federici is the author of of many books, including Caliban and the Witch, Re-enchanting the World: Feminism and the Politics of the Commons, and Witches, Witchhunting and Women, among others. Her new book is Beyond the Periphery of the Skin: Rethinking, Remaking, and Reclaiming the Body in Contemporary Capitalism.

Will you attend? Let us know!